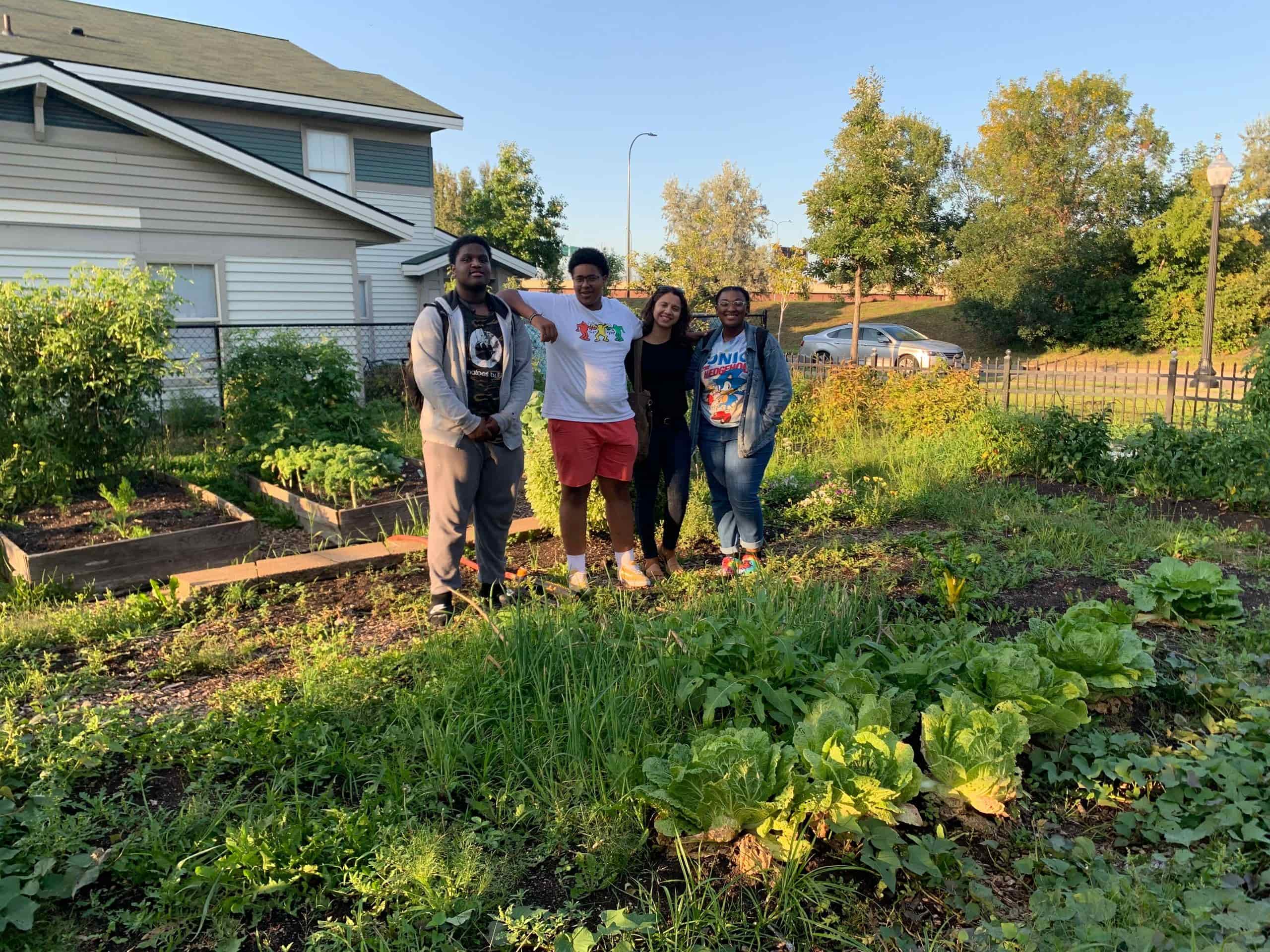 When 14-year-old Amarya was paralyzed in a car accident, a group of seventh graders in Minnesota’s Heritage Park neighborhood rallied together to raise money for an assistive device she needed. That generous act planted the seed for Green Garden Bakery, which has been giving back to the community since 2014.

The successful youth business began with a single product: green tomato cakes. The kids learned the recipe in a neighborhood cooking and gardening class, and decided to whip up a batch to sell at a food festival. They hoped to raise $500 for Amarya.

To their delight and amazement, the fundraiser yielded triple that amount — and the kids realized they were onto something.

With help from Urban Strategies, the young entrepreneurs established Green Garden Bakery, appointed a youth executive team, wrote a business plan, and began developing recipes for more baked goods made with nutritious, fresh vegetables from their own community garden.

In 2016, a partnership with Whole Kids Foundation gave the business a boost. They added staff and expanded to weekly sales. Then a win at a statewide entrepreneurship contest — where they not only won in the youth category, but also made it to the championship round competing against adults — funded more growth and set them on the right path for their five-year plan.

Freshly baked, plant-based Green Garden Bakery goodies are packaged in compostable boxes decorated by kids using vegetable-based paint. The tasty treats — including Beet Brownies, Carrot Pumpkin Bread, Lemon Zucchini Muffins, and East African Spiced Sweet Potato Donuts, just to name a few — are sold at pop-up locations, farmer’s markets, and online for a “pay-what-you-want” price so they’re accessible to everyone. One-third of the profits are donatedto local community causes, and the rest is equally split between reinvestment in the business and compensation for the young workers.

“It’s really owned and run by the youth,” says Elana Dahlberg, associate project manager for Urban Strategies. “A majority of youth social enterprises are designed by adults, but this one was 100% driven by the young people in the neighborhood from the start. I think that has made a huge difference in terms of the longevity and mentorship, so the next generation can take it on with the same energy. Even if the younger kids [taking the lead now] might not know Amarya, they’re just as eager to participate.”

A few adults are involved on a contract basis to remove barriers like transportation, but the staff positions have always been filled by children. About 150 kids, including around 60 high schoolers, are now involved on a seasonal basis. Kids can start working for the program as early as kindergarten. In seventh grade, they can enter the Green Garden Bakery workforce training program. After completing that, kids apply for other roles in baking and production, entrepreneurship, sales and customer service, marketing and design, or the sustainability team, which handles the gardening.

Most of the founding kids have graduated, but a strong mentorship program has been an integral part of Green Garden Bakery from the start. Now a second crop of youth leaders is taking the business to the next level with a commercial kitchen and walk-in bakery, and they’re negotiating arrangements with several urban gardens around Minneapolis to ensure they have enough produce to sustain the growth.

As Green Garden Bakery continues to expand its reach, many of the founding kids have moved on to accomplish things they might never have imagined if it weren’t for those first green tomato cakes.

Founding member Jasmine Salter cried the first time she worked in the garden because she got dirty. Later, she became Green Garden Bakery’s urban agriculture chair, and now she’s studying food law in college. When Jasmine experienced trauma in her personal life, the garden became her sanctuary, which she wrote about and received a Beat the Odds Scholarship from Children’s Defense Fund.

Sixteen-year-old Autumn Merrick discovered a passion for cooking at Green Garden Bakery and now plans on a career in culinary arts. “Traditional school has been difficult for me my whole life, and it wasn’t until I was successful in GGB that I realized I could be good at something,” Autumn says.

“GGB has helped me grow so much over the past two years. I’ve become so much more confident and mature through my experiences as a leader in the community,” says 17-year-old Mohamed Mohamed, an entrepreneurship lead for the bakery’s executive team, who is currently applying for college with plans to pursue a degree in business or a STEM field.

“The program has been helping with graduation rates and has encouraged more kids to pursue post-secondary education,” Elana reports. “The biggest thing I see coming out of this program really is the kids are able to dream a lot bigger.”

See more of their story...including their favorite recipes!